Men’s hairstyles, like fashion trends, come and go, but our crowning glory prevails. Throughout the years, history has seen some great styles which tend to outlive those who wear them.

In days gone by, having long hair was prestigious.

King Louis XIV posed for portraits and made public appearances wearing a dark brown long wig. Nicknamed ‘Le Chevelu’, because of his longer hair than most of his predecessors, King Chlodio V’s hair was a symbol of status. While Royalty enjoyed theirs long, lower-class citizens, as well as slaves, wore it short or shaved their heads.

Throughout the ages, men’s hair changed style following music trends, like The Beatles’ Mop Tops. A style adopted by bad boys was the pompadour, made famous by Elvis Presley and James Dean. Jimi Hendrix gave us the Afro. Bob Marley the dreadlocks, while Bob Dylan made the disheveled look, desirable.

For those who didn’t give their hairstyle much importance, they adopted Albert Einstein’s style.

This made his ‘mad scientist’ persona a legend. 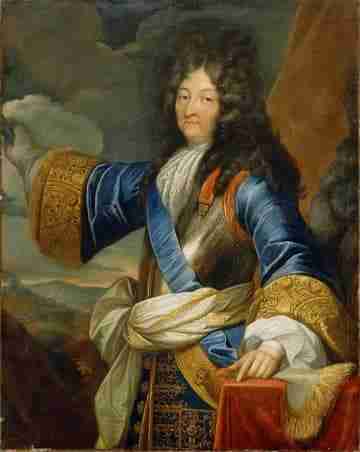 Hair – Declared as our Crowning Glory

Hair is important for many. It represents you! The first thing people notice when they look at you is your hair. Of course, it’s something quite different if you have none at all! This opens up a whole new perspective, but there is help at hand…in the form of life-saving wigs.

The variety of styles, lengths, and colors to choose from is endless. These can even be tailor-made, providing one can dig deep enough into ones’ pockets.

Having a full head of hair is vital for many. It makes a person feel good, builds a sense of confidence, and even of superiority.

For a man, apart from bald being a sign of toughness, this has many advantages. These include not needing to go to the barber, hairdresser, or stylist. Not to mention all the money saved on related products. When every minute in the morning counts, a bald man is on top.

For teenagers, it is a time to be adventurous. A time to try countless different styles to express attitudes, make statements, be fashionable, or imitate their favorite pop idols.

A man’s hair, to some extent, dictates who he is and how he sees himself. This relationship can be a very touchy and delicate one.

For those with a receding hairline, or the appearance of patches, particularly at an early age, can be a depressing, traumatic, and suicidal moment.

For Jason Statham and Bruce Willis, thinning hair or baldness has no negative effect on them at all.

Unfortunately, the passage of time takes its toll on our crowning glory in more ways than one. The changing of its color to grey, even if some women find this ‘salt-and-pepper’ look attractive, annoys most men as it’s a sign that their best years are behind them.

Accepting defeat is not an option for the vain. They bravely attempt to hide their growing greyness by dying it, or by committing the greatest taboo…shaving it all off.

The demand for the hair industry is so great, hairdressers and stylists have appeared everywhere. Short hair can be beautiful, just as much as long hair, whatever the style, color, or availability.

Whatever the case, life is too short to worry about such matters, so “let your hair down, if you still have any”, and enjoy life to the max.

This website uses cookies to improve your experience while you navigate through the website. Out of these cookies, the cookies that are categorized as necessary are stored on your browser as they are essential for the working of basic functionalities of the website. We also use third-party cookies that help us analyze and understand how you use this website. These cookies will be stored in your browser only with your consent. You also have the option to opt-out of these cookies. But opting out of some of these cookies may have an effect on your browsing experience.
Necessary Always Enabled
Necessary cookies are absolutely essential for the website to function properly. This category only includes cookies that ensures basic functionalities and security features of the website. These cookies do not store any personal information.
Non-necessary
Any cookies that may not be particularly necessary for the website to function and is used specifically to collect user personal data via analytics, ads, other embedded contents are termed as non-necessary cookies. It is mandatory to procure user consent prior to running these cookies on your website.
SAVE & ACCEPT
Menu